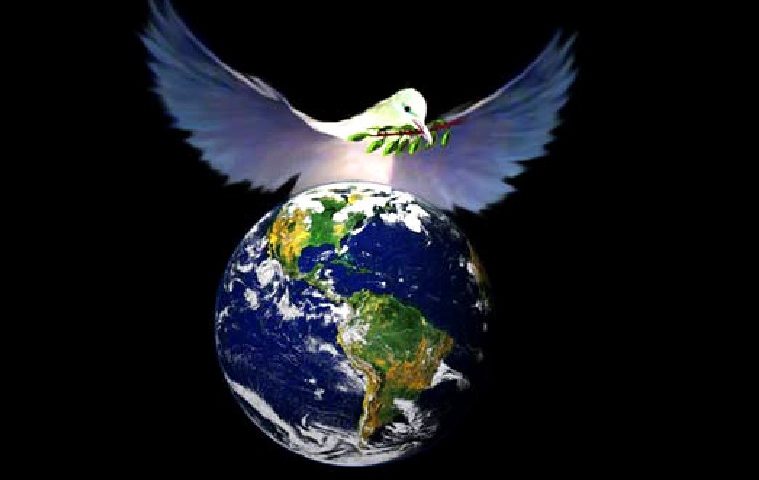 I grew up agnostic and, like the Apostle Paul himself confesses, “a violent person.”

Now by violent I don’t mean I was looking for a fight, let alone, one to start fights.

As a matter of fact, the only physical altercation I remember as a kid was when the school bully broke my glasses (trying to choke me out in the playground) and my older brother had to come to my rescue.

He was the actual fighter, a one-time boxer actually.

No, by violent I mean I wanted to join the military right out of school.

In fact, the reason I worked in the security industry for most of my adult life was in order to join the military, since they at first had rejected my application.

But alas the military said I didn’t have a long enough job resume at the time to join. How could I right out of high school!

Regardless, looking back now as a Christian it feels like divine providence or even a miracle!

I became a Christian at 32 years of age and a lot of biblical commandments came naturally to me.

For example, I was a natural born non-trinitarian and of course obeyed the clear non-violent commandments of our lord Jesus and his Apostles.

And we all know them by heart almost, if not by practice:

Furthermore, the Apostle Paul clearly contrasts Christian behavior to that of the state/government in Romans 12-13. In other words, it is the non-Christian state that “bears the sword” for the good of the Christian and not the other way around. (Cp. Matt. 26.52 where Jesus rebukes the use of the sword by his followers and heals the enemy.)

Although a new teaching, for some of us these are relatively easy things to understand and try to live by. But as I grew in the faith I quickly realized that what was taught in the scriptures as normative is not widely practiced by the Christian world.

For example, this view was not only held by a very small minority within mainline Christendom, but also by very few in my own non-trinitarian circles. And not only that, more often than not it awoke some very heated, even violent rhetoric/actions.

In other words, sometimes talk of nonviolence begets violence!

But in a weird reverse psychology kind of way these experiences tell me I am probably on the right track.

Again, as Paul says, those types of reactions/emotions are not compatible with “the fruits of the spirit” (Gal 5.22-23).